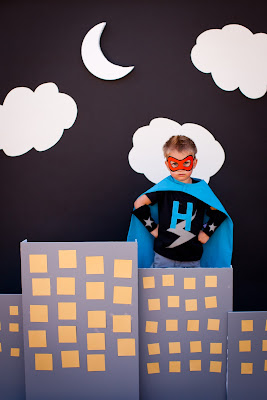 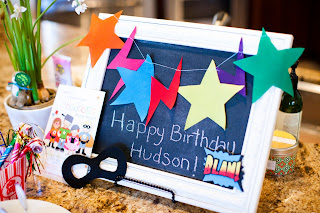 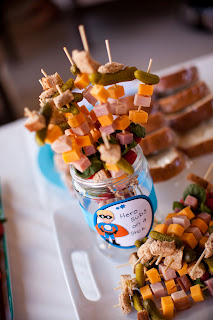 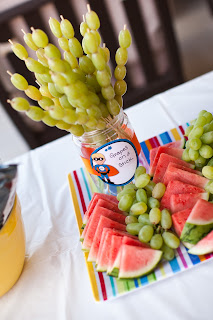 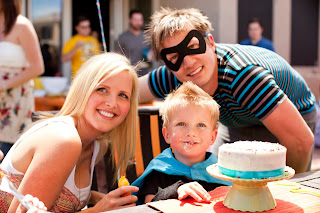 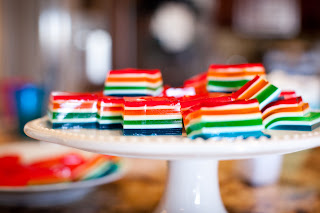 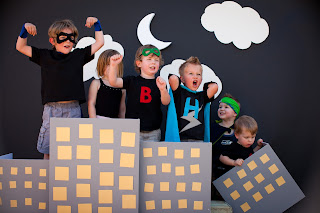 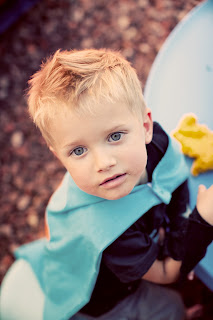 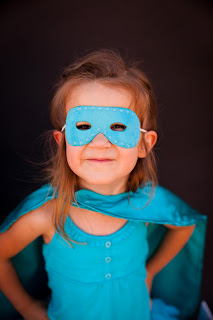 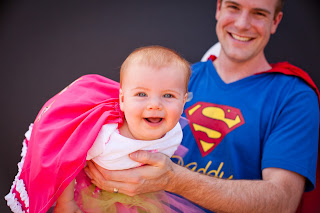 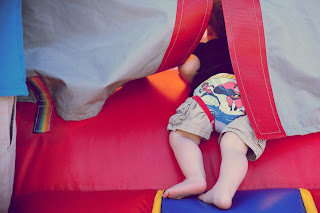 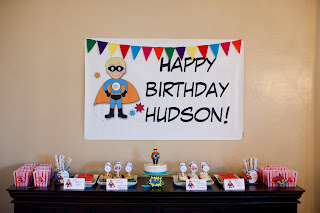 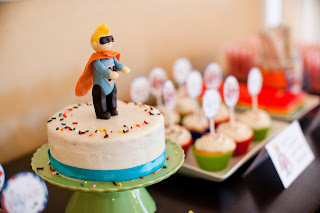 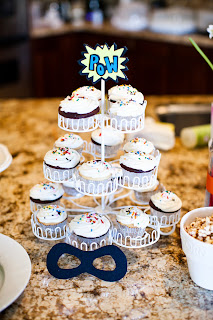 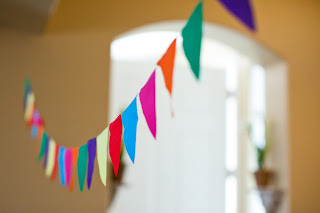 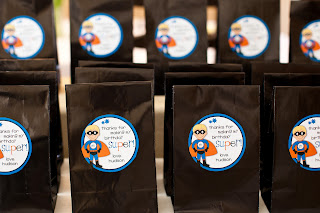 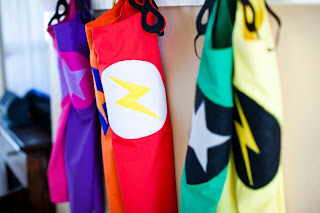 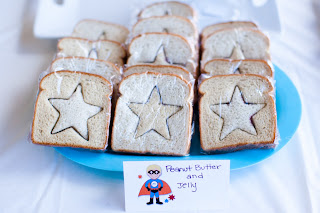 I started planning Hudson's Superhero party pretty early...I was pregnant and knew that I wouldn't have a lot of free time as my pregnancy came to an end, and as we had a new baby in the house. I really love being creative and enjoy being crafty when it isn't something that is rushed. So I had a lot of fun putting everything together for his party over the last several months.
I started by making some capes for the kids to wear, however once I realized there would be about 25 kids at the party I decided to just make a few extras for them to wear in pictures. I used templates on MarthaStewart.com of lighting bolts, stars, ect. for the capes. Then i made masks for each kid to wear and take home with them. I made them out of the stiff black felt

you can find at a craft store. I used a colored soft felt

on one side of some of them to add a little color. You can also find the elastic at a craft store with sewing supplies to hold the mask on.
I ordered the invitations, cupcake toppers, favor tags, and food labels on Etsy from Kottage on 5th. Inside of the favor bags I gave the kids superhero fruit snacks, pop rocks, glow in the dark bouncy calls, superhero stickers, a superhero shaped gliders, and star shaped silly bands. I ordered all of they toys for the favor bags from oriental trading.
We had the party during lunch time, so we had Port of Subs cater it, with "Hero Sandwiches" and for the kids I made "Hero Sandwiches on a stick". I found this cute idea on Disney's Family Fun website here. I also found the idea to make two tone colored peanut butter and jelly sandwiches with white and wheat bread on the same website. You use a cookie cutter

to cut out a shape from a piece of white bread and wheat bread and switch them. We also had a fruit tray and put some grapes on sticks for the kids. We served Mojitos for the adults and fruit punch aka "Powerful Punch" for the kids. For dessert I made cupcakes, cinnamon sugar popcorn (recipe posted below), "Super Striped Jello", and white chocolate covered pretzel rods aka "super sticks".
We had a bounce house

for the kids to play with, a play dough table, water tables

, and the photo area for the kids to have their pictures taken. I love how the pictures came out with the backdrop! Melissa Young captured the day perfectly! Hudson had such a great time with all of his friends and I think all the kids had a good time! It was a fun day, can't believe he's is already 3. Happy Birthday Hudson!