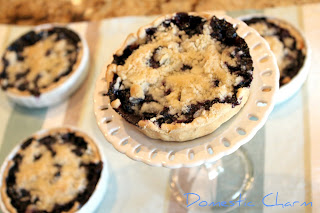 Blueberry pie is my favorite and i love this recipe! It can be used to make five of these miniature pies or one standard pie. This is a recipe that my mom made for us growing up, not sure where it originally came from though. This pie is great served warm with vanilla ice cream on a summer day! 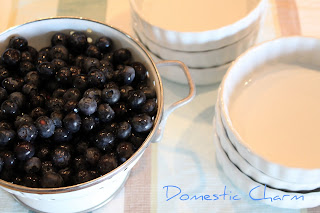 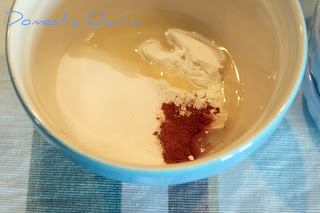 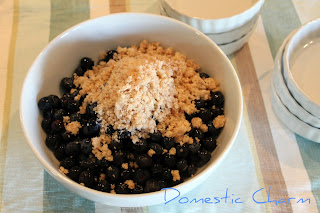 Sprinkle over the blueberries. 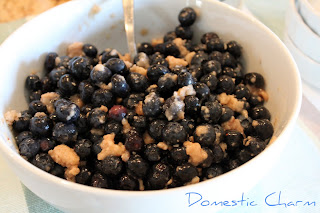 Stir gently until the blueberries are covered. Let stand for 15 minutes. 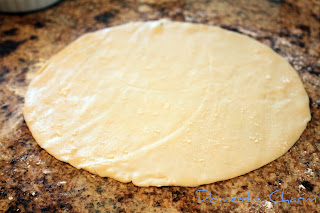 Roll out one of the 9" pre-made pie crusts onto a lightly floured surface. Take a rolling pin and gently roll the pie crust slightly thinner. So that you are able to cut out two smaller circles. 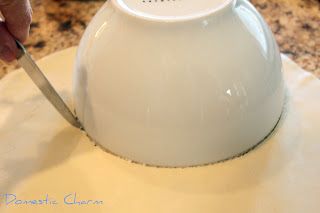 I used a bowl to cut two circles out of the pie crust that were 2 to 3 inches larger then the ramekins that I baked the pies in. 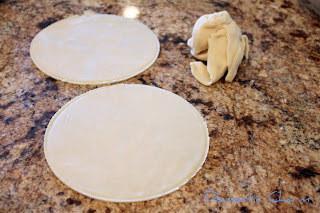 Remove the scraps and place each one in a ramekin.
My ramekins are meant for cooking creme brulee and are 5 inches wide and 1 inch deep. 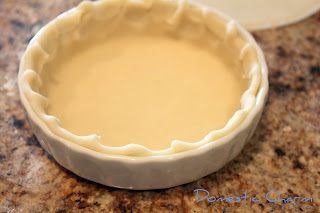 Fold down the edges of the dough and pinch to create a crust all the way around. You will need to repeat the last few steps by re-rolling out the scraps and or using the other 9" pie crust from the box. I was able to make five mini pies with my blueberry filling. However, you will have leftover pie crust dough. Wrap it up and stick it in the fridge or freezer for another day. 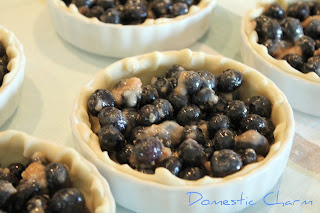 Next pour the filling into each pie crust, about 3/4 a cup into each one. 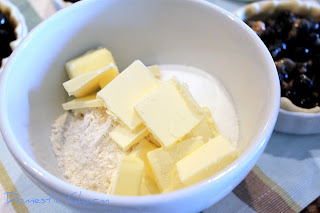 Now combine the flour, sugar, and butter for the crumbs. Using a pastry knife or a sharp knife cut the butter into the flour and sugar until you have crumbs. 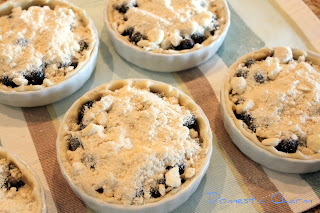 Pour the crumbs over top of each pie and bake at 450 degrees for 8-10 minutes. Reduce heat to 350 degrees and bake for an additional 20 minutes or until filling is bubbling and crust and crumbs are lightly golden brown. 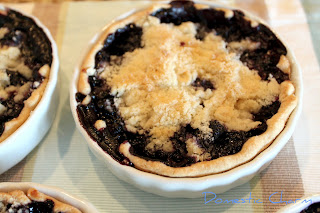 Remove from the oven and let cool slightly. Would be wonderful served warm with vanilla ice cream! 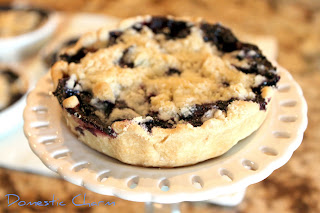 The pie can be easily removed from the ramekins by sliding a butter knife along the edges to loosen the crust. These miniature pies would make great little gifts.